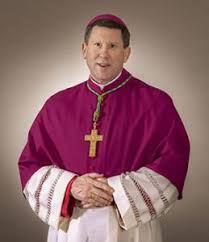 Bishop J. Mark Spalding, the oldest of three children, was born on January 13, 1965, in Lebanon, Kentucky, and was baptized at Holy Trinity Church in Fredericktown, Kentucky.

After graduating in 1983 from Bethlehem High School, Bishop Spalding attended college at Saint Meinrad Seminary, graduating with a bachelor’s degree in history in 1987. He attended major seminary at the Catholic University of Louvain, Belgium where he earned an M.A. and an S.T.B. in Religious Studies in 1990.

Bishop Spalding was ordained a priest for the Archdiocese of Louisville on August 3, 1991, by Archbishop Thomas C. Kelly, O.P. After ordination, he continued graduate studies at Louvain, earning his Licentiate in Canon Law in 1992.

Bishop Spalding served on the College of Consultors, the Priests’ Council, the Archdiocesan Planning Commission, the Development Council for the Archdiocese, and the Catholic Services Appeal Pastors’ Committee. Other assignments included serving as presbyteral moderator at two parishes as well as filling the role as priest-chaplain at Bethlehem High School from 1992 to 1996, and at Sacred Heart Academy in Louisville from 2011 to 2017. His appointment as the 12th Bishop of Nashville by Pope Francis was announced on November 21, 2017. His episcopal ordination and installation as the Bishop of Nashville was on February 2, 2018. 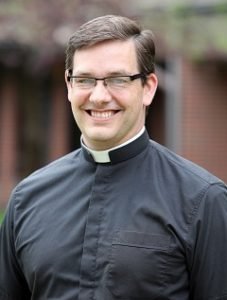 Fr Sean Kilcawley is a 1996 graduate of the United States Military Academy at West Point. In 1999 he left active military service to enter the seminary for the Diocese of Lincoln and was ordained a priest in 2005. In 2013, Fr Kilcawley completed a License in Sacred Theology from the John Paul II institute for marriage and family studies at the Lateran University in Rome. Since 2014 he has served as the director of the Office for Family Life in the Diocese of Lincoln. Fr Kilcawley has focused his efforts on diocesan initiatives to prevent early exposure to pornography, and resources of intervention and healing for those affected by pornography. In 2019 he completed certification as a Pastoral Sexual Addiction Practitioner through the International Institute for Trauma and Addictions Professionals. 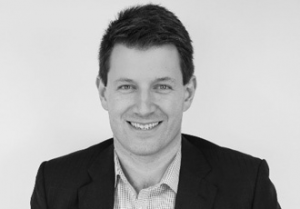 Benjamin Richard “Ben” Noll is a former American football guard in the National Football League for the Dallas Cowboys, St. Louis Rams and Detroit Lions. He played college football at the University of Pennsylvania. Ben was married and is a parishioner of the Cathedral of the Incarnation. He is an active member of the Knights of Columbus council 544, Leadership Catholic, Fraternus, and a board member of the NFL former players of Nashville. Married to an OBGYB at Heritage Medical Associates and has three children Evelyn (6), Zachary (4), and Genevieve (1). Ben is interested in rugby, chess, and bourbon. 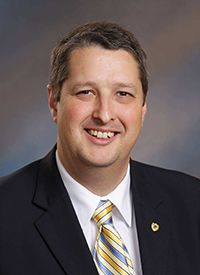 Daniel Schachle is the Knights of Columbus Insurance General Agent for Tennessee & Kentucky as well as parts of Arkansas and Virginia. He began his career with the order in 2005 and quickly became a Million Dollar Roundtable Table (MDRT) agent, meaning he is in the top 2% of insurance agents worldwide. He was made General Agent of Tennessee in 2008 and built the agency from scratch. He was named Agency Builder of the Year for the order in 2015. In 2018, he was given responsibility for the half of the State of Arkansas, and in 2019 all of the State of Kentucky. He currently has 18 agents including one Assistant General Agent and is working to build the same culture in his two newer states that exists in the Tennessee agency. Daniel is a USAF Veteran and private pilot; he continues his service mentoring youth as the Commanding Officer of the local cadet program at the Dickson County Composite Squadron of the Civil Air Patrol, which is the official Auxiliary of the USAF.

Daniel and his wife Michelle live in Dickson, TN. They have 13 children, three of their children are married and they have given them four grandchildren. They will have two in college this fall studying for vocations as a teacher and occupational therapist. One son is living and working in Chattanooga. The remaining seven children are homeschooled and involved in various activities which keep his wife very busy as well. Their youngest child is Michael who was healed through the intercession of Fr. McGivney. 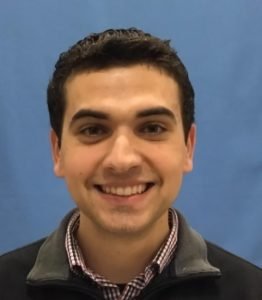 Joseph DiPaolo is a lifelong Catholic born and raised in Orlando, FL. In college, he studied Statistics and worked in politics before getting burned out. By the grace of God, Joseph began to renew his faith through the Catholic Gators, eventually becoming a FOCUS missionary. For two years, he served at Vanderbilt and Belmont Universities, seeking to give back to the students in all the ways he couldn’t before. Now Joseph works as a data analyst at Vanderbilt’s Medical Center and takes classes at Belmont. In his spare time, he directs medical missions and leads FOCUS Connect Nashville, though he’s never too busy to shoot the breeze or throw the ball around! 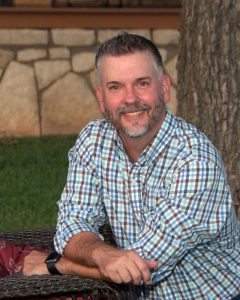 Jansen Bagwell, is a former protestant pastor and convert to the Catholic faith who has been working in the area of deliverance for over 30 years.  His personal studies on spiritual warfare and protection led him to explore the writings of the early church fathers and the teachings of the Catholic church, where he discovered the healing power of the Sacraments.  Jansen holds degrees in Biblical Theology, Counseling, and in the area of Religion, Spirituality and Health.  This formal education, combined with decades of experience, led Jansen to develop the transformational change process of Discipleship Deliverance.  Discipleship Deliverance combines Biblical truths and Church teachings to provide a solid and practical methodology for the ministry of deliverance.  It’s designed to help participants examine their own life and teach them how to effectively apply spiritual principles in a way that brings about healing and growth.  Jansen’s passion is to see people experience freedom and wholeness, so they can function fully in their vocation and charisms to build the Kingdom of God.

A ministry of the Roman Catholic Diocese of Nashville.

Saturdays  8 am – Resumes August 28
(Cathedral of the Incarnation)